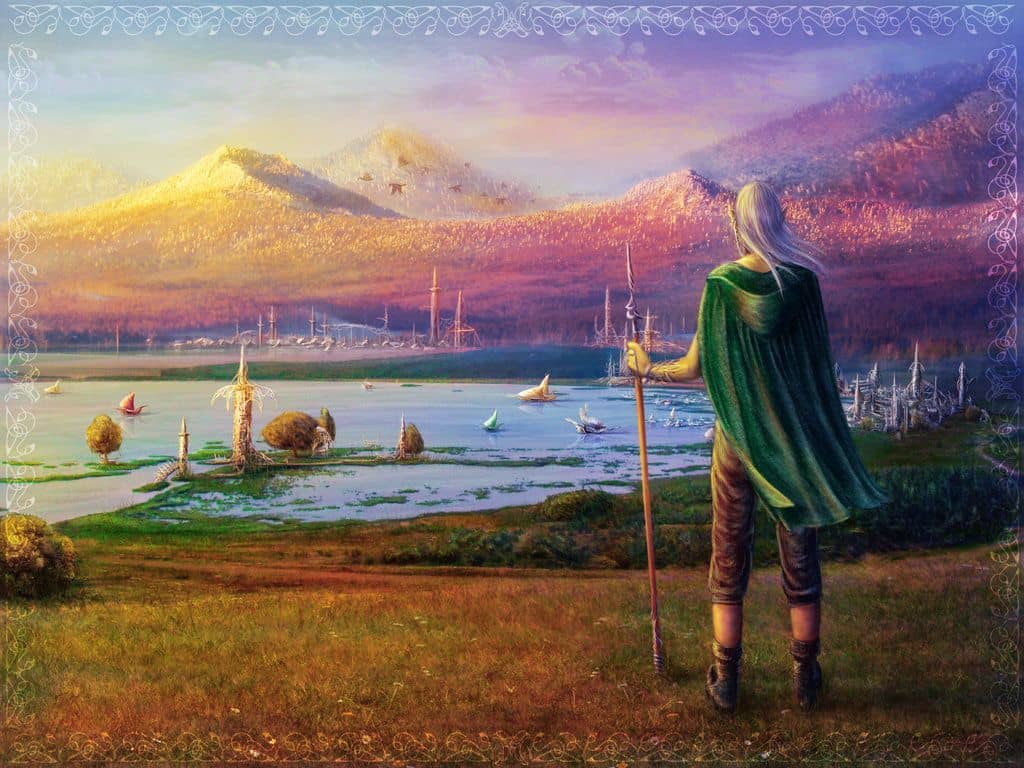 Elmar had lost the sense of time, there were still 2 hours left before sunrise. He had been running constantly and silently, so as to not attract too much attention. The trees loomed ominously and made sure to bounce every little sound, and every little gasp to the far reaches of the forest.

He heard the thud of boots hitting the earth reverberate through the trees.

Elmar stopped dead in his tracks, breathing heavily as he assessed the situation. With the loud noise and the echoes, he roughly estimated 15 orcs to be marching.

‘I could take them if I had rested completely’, he thought ‘But right now all I can do is let them walk unhindered’

Elmar waited till the noise disappeared in the distance before he started to move. He sprinted towards his destination, not heeding the disturbance that he created anymore. However, that proved to be his downfall as he stumbled head on in to two scout orcs. They were as startled as him at first, but they regained their wits quickly than him, ironic as they had slow orc brains at their disposal.

Elmar barely had time to draw his sword when the first blow came. He ducked and responded with a quick slash on the leg of the first orc. He tried to behead the other one but his blade was met with a crooked and rusted scimitar. The orc grinned, showing his rotten and yellow teeth. Elmar’s thoughts were too sluggish for a combat, which led him to be slashed at his arm and leg by the first heavier orc.

The pain and burning slowly awakened the warrior spirit of Elmar, as his thoughts cleared and he parried the blows of his assailants. The orcs sensing the renewed vigor within the elf flailed and tried to run, but to no avail. They were put down immediately by 2 daggers thrown at them by Elmar.

Elmar bent to catch his breath, his heart beating wildly after the adrenaline rush. He looked at the sky to see the first light of the day peeking through the leaves.

‘I am going to be far too late to be of much help’, he thought discouragingly.

He cleaned his wounds with a spare of bottle of wine.

‘Kept in the cellars for 20 years only to be used on wounds’, Elmar scuffed.

After he was finished patching up the wound, he drank some water and ate Lembas (elvish waybread) to regain some energy before he started his trek to Rivendell again.

It was nearing midday when he finally saw the hidden markings that announced that he had come upon the Hidden Valley. Now all he had to do was to find the hidden gate.

‘It should be easy. How hard can it be for an elf to find a gate made by the elves? Right?’, Elmar reminisced as he looked around for clues.

It was well over 2 hours and Elmar was still found searching the ground and the rocks, all he found were hidden worms. He gave up and dropped on the ground, resting his head on a rock and started to weep. He was a failure and a disgrace to his people. What kind of elf was he? Certainly not the lithe and keen type.

It was in this bent and dirtied form that he was found by the elven scouts of Imladris, who mistook him as an enemy trying to find the valley and pointed their bows at him. It was only after Elmar moved his head to see the commotion behind him that the scouts saw his pointed ears.

‘You are an elf?’ one exclaimed. ‘Forgive our manner, for we found orcs lurking near our borders and were wary. I am Eöl of Rivendell.’

‘It is so good to see elven faces again’, Elmar replied with a strained voice ‘Please take me to your Lord Elrond for I have pressing business that cannot wait any further.

Eöl nodded and pointed to some fern. Upon removing it, a narrow path, was revealed between the rocks. Elmar glared at the gap, how had he missed such an obvious clue with his elven eyes and senses especially when he had been searching for 2 hours?