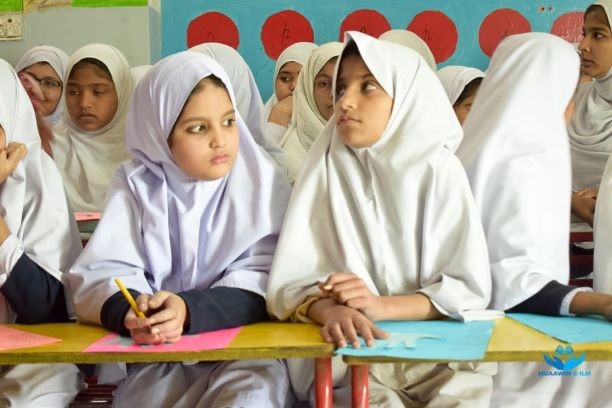 Since 1947, acquiring Education and raising the Literacy rate has been a real challenge for Pakistan. Though We have always admired the potential of Education in changing the fortunes of Nations, still Pakistan has always found education the most threatening challenge.

EDUCATION IS A MATTER OF LIFE AND DEATH FOR PAKISTAN. THE WORLD IS PROGRESSING SO RAPIDLY THAT WITHOUT REQUISITE ADVANCE IN EDUCATION, NOT ONLY SHALL WE LAG BEHIND OTHERS BUT MAY BE WIPED OUT ALTOGETHER.

We also witness some complete unambiguous statues in the form of the Constitution of the Islamic Republic of Pakistan 1973 mandating the Acquisition of Education.

According to Article 25-A

But unfortunately, we have rarely been witnessing the complete implementation of the above-mentioned Law and quote, mandating Education.
If Pakistan manages to educate and skill this surging youth population, it could harness a tremendous youth dividend that could help to fuel the country’s economic growth and modernization. Failure to integrate the country’s legions of youngsters into the education system and the labor market, on the other hand, could turn population growth into what the Washington Post called a disaster in the making (WENR Report).
In this blog, we will highlight some serious flaws in our education system Consequences of those flaws, their reforms, and of course some researched facts regarding Achievements.

Flaws in our Education System

Consequences of These Flaws

Reforms needed in the Education System

Some achievements in improving Education

THE SINDH SCHOOL MONITORING SYSTEM BRINGS TOGETHER TECHNOLOGY AND A ROBUST ACCOUNTABILITY MECHANISM TO ADDRESS LONG-STANDING GOVERNANCE ISSUES IN EDUCATION.[i]

The Khyber Pakhtunkhwa Elementary & Secondary Education Department (ESED) is revising textbooks.
So far up to class five have been revised. New books are structured in manner, which will help students in concepts instead of root learning.

The Department of Elementary & Secondary Education (ESED) has successfully established about 450 new schools in KP.
All are fully resourced and functioning according to the data available at ESED. About 229 schools have been sanctioned while 221 are in process.

Khyber Pakhtunkhwa is the only province that has allocated budget for its Education Sector Plan in-line with the Sustainable Development Goals (SDGs) of the United Nation on education.

The Punjab Education Sector Reform Programme (PESRP) and School Education Reforms Roadmap provided a holistic strategy for achieving systemic sectoral improvements over the last five years.
These reforms put a special emphasis on higher enrolment and retention, improved learning outcomes and quality of education, and a better managed, monitored, and administered education sector.
Some of the efforts under the program include:

The Balochistan Education Sector Plan (2013-2020) provided a holistic strategy and roadmap for guiding the reforms process over the following five years. It put special emphasis on improving quality, equity, and governance.
Under BESP, the Balochistan government implemented reform initiatives like:

This blog includes problems faced by the education system of Pakistan, reforms needed to meet the needs of literacy in Pakistan, and some recent achievements by Provincial Governments of Pakistan. Besides above-mentioned reformatory measures, Pakistani institutions have also produced internationally enlightened personalities in the forms of:

And much more, off course many to come,
In sha Allah.

Harassment and Ways to Deal with it