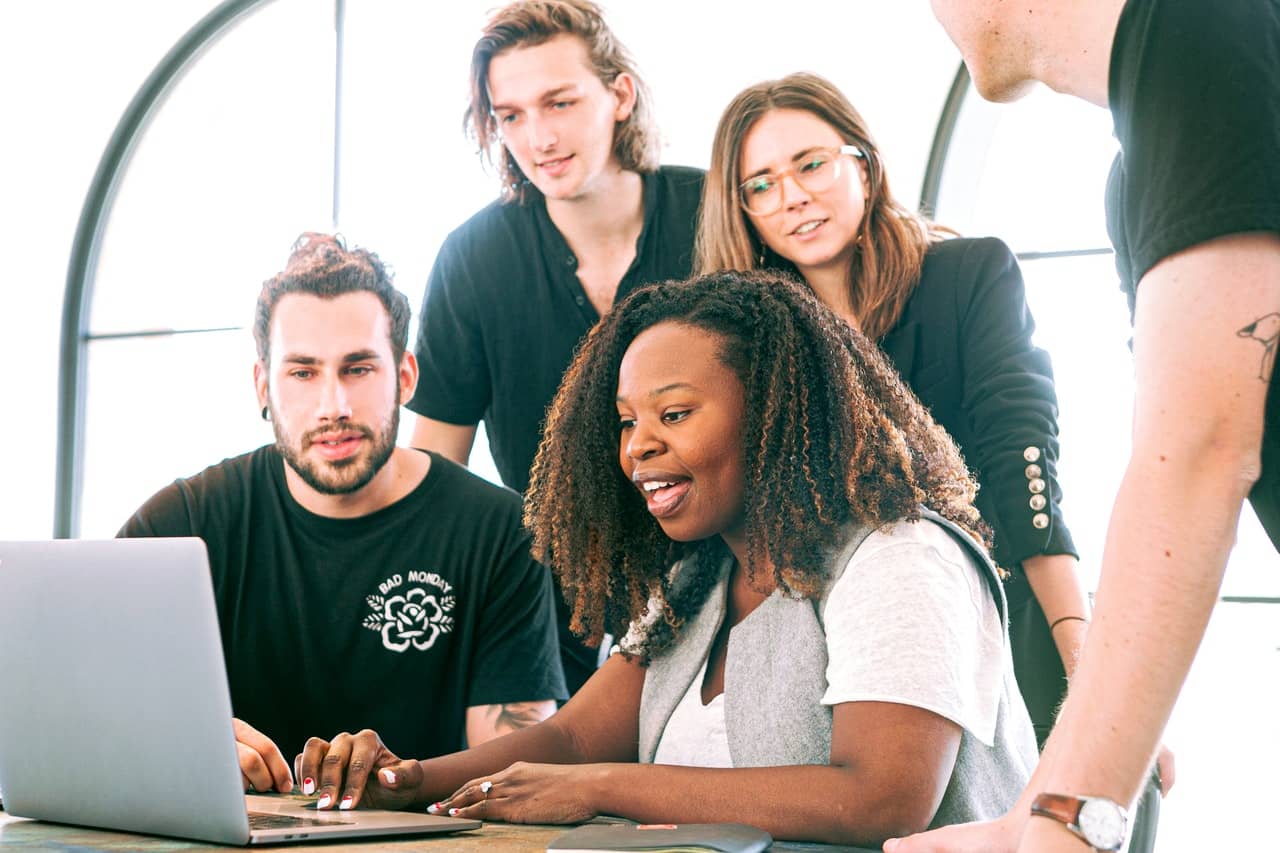 The Leaders of the past would love to be in our shoes, the leaders of the past would love to be having the opportunities that Generation Z has to live beyond the box. Well, we may have many examples in our history where every generation has some personalities who lived beyond the box. The people who did things differently and if I speak subsequently then they did things that helped change the world. Whether that was through some invention, running a business or leading other people who were gripping the movement of change. These certain individuals transformed the fact, how will humans behave in different situations for their own and the next generations.

As all of us are aware of the changes that society experienced from the 20th century, here we have gained a pace of change so fast that we are constantly adapting to the changes that are being brought to us through technology, lifestyle ,and fashion. I am sure most of us agree that the people who were behind this modern era of change are the people who looked outside the box. The people who thought of themselves as visionaries and those who were able to perform those actions leading to a greater change in the whole community.

Let me ask you a question: Can you imagine the impact the leaders of the past would have had if they were born within Generation Z? Think about this for a few moments, the greater movements there could have been, the more peaceful actions which might be taken and the prevention of many lost lives could have happened.

Well, I would prevent your trouble of googling that what Generation Z is? So according to the wiki and some other sources. Generation Z (or Gen Z for short), colloquially known as Zoomers, are the people born between the mid to late 1990s to the early 2010s.  They succeed Millennials and preceding Generation Alpha. For most of you who are reading this blog including myself, we are all among this Generation.

Fun fact, we are the first limitless generation of the human race. A generation who no longer needs to create a full strategy to reach an influence of thousands of people, we just create a Tweet. Think of the power that we hold, every Gen Z has a platform through which they can voice their opinions and ideas. You just need to open your phones and you can find many of your friends talking about a social or international issue, just as they are professional influencers. Today, all of our voices are equally shared. Our opinions can cause an impact, our likes and dislikes are counted and accounted for. If we want to approach someone we just need to run through certain platforms. This concept alone takes our entire generation and puts us at a place where we can witness the whole world from a single screen.

But what does this all mean for a Gen Z-er, it merely means that we can fulfill our passions at any location, at any time ,and with any identity, but most importantly to an uncapped level. As we have progressed in learning and implicating stuff. Any one of us can find thousands of platforms available to him, if he wants to learn something and wants to imply that skill practically, then an equal platform is available.

All of this is astounding if we observe it completely like a single machine. Where we can find different mechanisms that could be done by pressing certain buttons and then waiting for their implication. If you have a passion you can pursue, education and money is less of a restriction.

If you talk about the past, then for learning something you first needed to find the proper channels for it and then the development of your skillset greatly relied upon the teaching body’s narrative. But today this isn’t the deal, the Gen Z is able to mold every skill according to the requirement and ability to acquire. So no longer are we just a small cog in a machine, but we are the entire ecosystem in which the machine is placed.

Just through this, we are now witnessing certain new inventions. From the beginning of the 20th century, the technological and industrial global chains have advanced in full turn. This is not only because of the advancing culture of working bodies. But the greater factor is that now even a teenager is able to jump out in the professional world, with his overwhelming mind of imaginations.

The new ideas which come with those imaginations are now responsible for the constant uprising change in human behavior as a whole society. Today, our dreams are promoting new cultures and our dreams are in terms of subsequently gaining us better lifestyle and achievements.

As there is no bound to the talents Gen Z can possess, with the ease in the culture of adaptive nature in Gen Z we can now see that the ability to pursue whatever liking, one gets is becoming easier. For example; if we speak of a teenage boy who finds music production interesting there are now many platforms available for him to continue working in this perspective. You see there is no much difficulty in reaching an audience nowadays.

All thanks to the social media. We can display our talent across the globe so easily, as compared to a music pursuer in the past, who needed money at first to record an album and publicize it. In the same perspective, we can now see Gen Z getting into modeling, acting, journalism, photography, travel, creative influencer, and much more. All just by the ease in approach this generation has. The passions are now potential careers and the dreams are mere the path yet to be adapted.

Studies show that the cost of 10 business failures today is equal to 1 business failure from ten years ago. Gen Z is now more innovative in creating jobs rather than longing for others to provide them with one. As new ideas are on the plate of the market, we can see an inevitable increase in competition from ever before. Through the online platforms, we can now show the passion and knowledge things despite of age discrimination at this point. Sharing of ideas is more profound now and the people available to make it turn into reality are far more than to be counted.

This new world from Gen Z to yet to come Gen Alpha is emerging into a series of Trailblazers, that we are not even self-realizing, because for us it is all natural. This would not even surprise you that when a survey was conducted from Gen Z about what they wanted to be. 70% of them wanted to create a new platform and 15% of them are creating it before leaving 12th grade.

It is now before all our eyes that wherever you look for finding something new there are young people doing it. It is not only because there are more opportunities now for doing things, but rather for the first time ever there is a sense of finding new ideas, the voice of opinions is much stronger and people like to hear what you have to say about something.

Apart from all of this, the Gen Z campaign is more groundbreaking than ever before, as there is a more genuine culture of keeping everything real and trustworthy. Thousands of new campaigns are being started every single day, as we have the resources for them to be performed. If you are a Gen Z-er or someone who is looking to attract Gen-Z, so you need to be more careful as Gen Z is more astute than ever.

According to researches, Gen Z has an 8-second attention span, meaning you can either get your attention or loose it. Gen Z has a habit of swiping on, so if there is nothing generic to be kept in attention we just easily move forward. If you want to control or lead this generation, you might consider delivering a 100% authentic message to them and that message needs to be constantly persistent because if it is not Gen Z can see right through you.

As mentioned earlier that there is an increase in competition, along with it in this generation if you are able to stand out to others. This means that you are doing something that is one out of many generations. If you are standing out then this means people will support your movement, people will buy what you are serving and they will support your motion. As you move forward with it your potential reach then becomes infinite. Thus, we generation Z when comes forward to doing something out of the box, we not only make it happen but also tend to blow it out of its original space.

Change has become a part of us:

All of this brings you back to my original question, Can you imagine the impact the leaders of the past would have had if they were born within Generation Z? So yes, the world is changing at an ever-increasing pace, the fabric of life progressed more and more with the coming generations. There was a push in industry and then the technology. Now, in the latter part, there was also a push for equality among all across the board, namely with the civil rights movement.

As life is progressing more quickly nowadays, we have developed cars that can drive themselves, computers that can teach themselves, currencies sustained by algorithms with no further human input, we had medical discoveries notably the stem cell research and arguably the coolest that we have taken the photo of a black hole.

There are some queries, if it is that easy then why is not every Gen Z-er a multi-millionaire or a leading activist.

In fact, if Gen Z-er is so impressive then why are they only influencing the government and why not running it? The reality is we are now availing the opportunities we have at our fingertips by mass. Sure some people are using it and we are seeing more and more young people emerging than ever. But how can we encourage more to make the most of their opportunities. It’s tricky, by no means we have the perfect hand, we have new expectations and we are expected to be wiser beyond our years.

We are expected to be a force for good and we are expected to be global citizens. All while being ourselves. By no means has Generation Z had the perfect hand. We have found no ease in it than any other generation. We just face different challenges but then you can argue that the previous generations didn’t have the same opportunities, surely we are in a better position but the struggle to strive is the same. Yet we are now standing at a point where we can learn, imply and fail in much easier way than ever before. We are able to grab those lessons before we are moving towards a working class environment. This world around us is allowing us to be mold in more mature human beings.

Generation Z – you have no limits to your achievements.

What I do when I feel like Giving Up

The Problem of Time Management