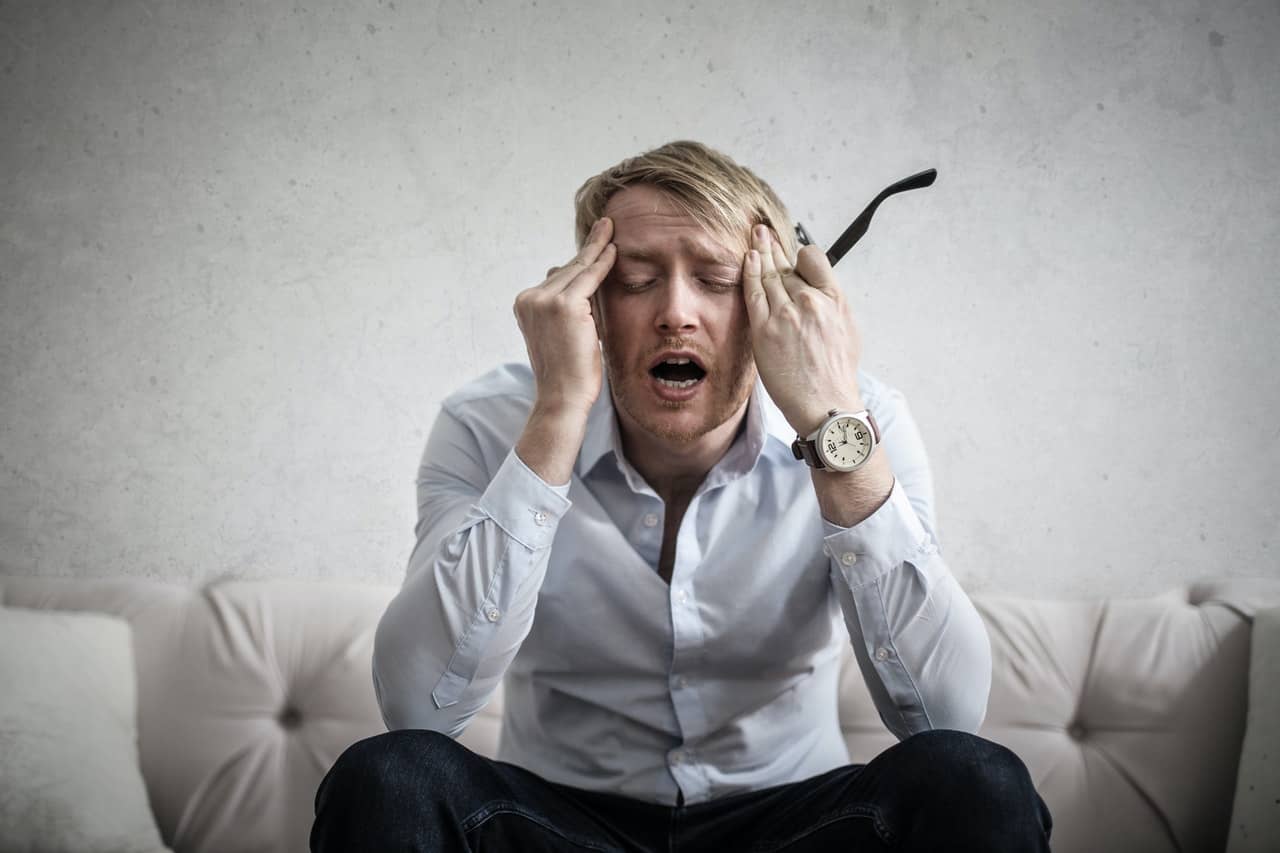 HYPERTENSION OR “THE SILENT KILLER“

Hypertension or high blood pressure is a very common and serious condition that can lead to or complicate many health problems. The risk of cardiovascular morbidity and mortality is directly correlated with blood pressure. Risks of stroke, MI, angina, heart failure, kidney failure, or early death from a cardiovascular cause are directly correlated with BP.

Obesity, heredity, and lifestyle also play a role in the development of hypertension. When symptoms do occur, they can differ between individuals depending on such factors as the level of blood pressure, age, underlying cause, medical history, the presence of complications, and general health. For more information on symptoms and complications, refer to symptoms of hypertension.

1) Distance from the heart.

2) Nature of the blood vessel.

Diastolic BP (DBP) is the minimum pressure during the ventricular diastole. It is 80 mmHg. Range: 70-90 mmHg

Age: BP more in adults than in children.

Pregnancy: During the later stages of pregnancy BP usually increases.

Altitude: BP is higher in people living at higher altitudes.

2) Force of contraction of the heart.

The mechanism of regulation of BP is divided into two groups.

This includes both nervous regulations as well as endocrine or hormonal regulation.

The smooth muscles of blood vessels will always remain in a state of contraction. Because of this, the blood vessels remain in a state of constriction-vasoconstriction. The degree of vasoconstriction depends upon the sympathetic tone. When sympathetic tone increases the degree of vasoconstriction will also increase. When vasoconstriction increases total peripheral resistance (TPR) wills increases which will in turn increase BP. Suppose the BP increases that will be detected by the baroreceptors situated at the aortic arch and carotid sinus. These baroreceptors will send impulses to the medulla oblongata. In the medulla oblongata, there is a group of nervous concerned with the control of BP. It is known as the vasomotor center. There are two different areas, the pressor area, and the Depressor area. These impulses coming from baroreceptors will inhibit the pressor area; this will decrease the sympathetic tone. This will increase vasodilatation. TPR decreases so BP decreases to a normal level. This mechanism operated very fast. It corrects BP within a few seconds.

Although hypertension is a common health problem with sometimes devastating consequences, it often remains asymptomatic until late in its course. A sustained diastolic pressure greater than 90 mm Hg, or a sustained systolic pressure above 140 mm Hg, is considered to constitute hypertension90-95% of hypertension is idiopathic (essential hypertension), which is compatible with long life, unless a myocardial infarction, cerebrovascular accident, or other complication supervenes. Most of the remainder of “benign hypertension” secondary to renal disease or, less often to narrowing of the renal artery, usually by an atheromatous plaque (renovascular hypertension). Infrequently, hypertension is secondary to diseases of the adrenal glands, such as primary aldosteronism, Cushing syndrome, pheochromocytoma, or other disorders. Various determinants play an important role in hypertensive conditions and causation of premature cardiovascular risk over and beyond hypertension.

It is divided into two types

It results when arterial blood pressure is increased due to increased peripheral resistance. It is further divided into two types namely: benign and malignant hypertension

Some of the characteristics of primary or essential hypertension are,

2) The renal blood flow in the later stages is decreased about one-half of normal.

3) The resistance to blood flow through the kidney is increased 2-4 fold.

4) The kidneys will not excrete adequate amounts of salt and water unless the arterial pressure is high.

The different forms of secondary hypertension are:

It is produced due to

It is produced due to

It occurs due to

Acute hypertension can be caused by strong stimulation of the sympathetic nervous system.

Accelerated atherosclerosis may cause cerebral thrombosis, embolism, and infection. Cerebral arteriolar spasm may cause hypertensive encephalopathy.

The clinical features may be due to the elevated BP itself, target organ involvement, or due to underlying diseases, as in secondary hypertension.

Symptoms due to hypertension:

Symptoms due to the affection of organs

To detect the cause of hypertension

As arterial pressure is a product of cardiac output and peripheral vascular resistance, it can be lowered by the action of a drug on either the peripheral resistance or cardiac output, or both. Drugs may be reduced cardiac output by either inhibiting myocardial contractility or decreasing ventricular filling pressure. Reduction in ventricular filling pressure may be achieved by action on the venous tone or blood volume via renal effect. Drugs can reduce peripheral resistance by acting on smooth muscle to relax of resistance vessel or by interfering with the activity of systems that produced constriction of the resistance vessel (e.g., the sympathetic nervous system)  The simultaneous use of a drug with a similar mechanism of action and hemodynamic effects often produces little additional benefit. However, concurrent use of a drug from different classes is a strategy for achieving effective control of blood pressure while minimizing the dose-related adverse effects.

In the initial phase of hypertension (high, normal, or mild hypertension), the non-pharmacological measures can lower the B.P. in most individuals. in some patients, who do not show any reduction even after 04-06 months need drug therapy. it is a harmless treatment and helpful either to eliminate the requirement of drug or reduce the dose as well as dose regiment. Non pharmacological approaches to the reduction of blood pressure generally are advisable as the initial approach to the treatment of patients with diastolic blood pressure in the range of 90 to 95 mmHg. Further, these approaches will augment the effectiveness of pharmacological therapy in patients with higher-level blood pressure. Non-pharmacological methods to lower blood pressure allow the patient to participate actively in the management of his or her disease. Reduction of weight, restriction of salt, and moderation in the use of alcohol may be reduced blood pressure and improve the effectiveness of drug treatment. In addition, regular isotonic exercise also lowers blood pressure in hypertensive patients.

Smoking per se does not cause hypertension. However, smokers do have a higher incidence of malignant hypertension, and smoking is a major risk factor for coronary heart disease. Hypertensive patients have an exceptionally great incentive to stop smoking. Consumption of caffeine can raise blood pressure and elevate plasma concentrations of norepinephrine, but long-term consumption of caffeine causes tolerance to these effects and has not been associated with the development of hypertension.

Reduction of Body Weight Obesity and hypertension are closely associated, and the degree of obesity is positively correlated with the incidence of hypertension. Obese hypertensives may lower their blood pressure by losing weight regardless of a change in salt consumption. The mechanism by which obesity causes hypertension is unclear but increases the secretion of insulin in obesity could result in insulin-mediated enhancement of renal tubular reabsorption of Na+ and an expansion of extracellular volume. Obesity is also associated with increased activity of the sympathetic nervous system. A combination of aerobic physical exercise and dietary counseling may enhance compliance.

Severe restriction of salt will lower the blood pressure in most hospitalized hypertensive patients; this treatment method was advocated before the development of effective antihypertensive drugs. However severe salt restriction is not practical from a standpoint of compliance. Several studies have shown that moderate restriction of salt intake to approximately 5 g per day (2 g Na+) will, on average, lower blood pressure by 12 mm Hg systolic and 6 mm Hg diastolic. An additional benefit of salt restriction is improved responsiveness to some antihypertensive drugs.

Consumption of alcohol can raise blood pressure, but it is unclear how much alcohol must be consumed to observe this effect. Heavy consumption of alcohol increases the risk of cerebrovascular accidents but not coronary heart disease. In the fact, a small amount of ethanol has been found to protect against the development of coronary artery disease. The mechanism by which alcohol raises blood pressure is unknown, but it may involve increased transport of Ca2+ into vascular smooth muscle cells. Excessive intake of alcohol also may result in poor compliance with antihypertensive regimens. All hypertensive patients should be advised to restrict consumption of ethanol to more than 30 ml per day.

Increased physical activity lowers rates of cardiovascular disease in men. It is not known if this beneficial effect is secondary to an antihypertensive response to exercise. Lake of physical activity is associated with a higher incidence of hypertension. Regular isotonic exercise reduces blood volume and plasma catecholamines and elevates plasma concentration of atrial natriuretic factor. The beneficial effect of exercise can occur in subjects who demonstrate no change0 in body weight or salt intake during the training period.

The fact that long term stressful stimuli can cause sustained hypertension in animals has given credence to the possibility that relaxation therapy will lower blood pressure in some hypertensive patients. Only those few patients with mild hypertension who wish to use this method should be encouraged to try, and these patients should be closely followed and receive pharmacological treatment if necessary.

Staying Fit while working from Home: A Smarter Approach

Healthy Foods You Can Eat Before And After Vaccination