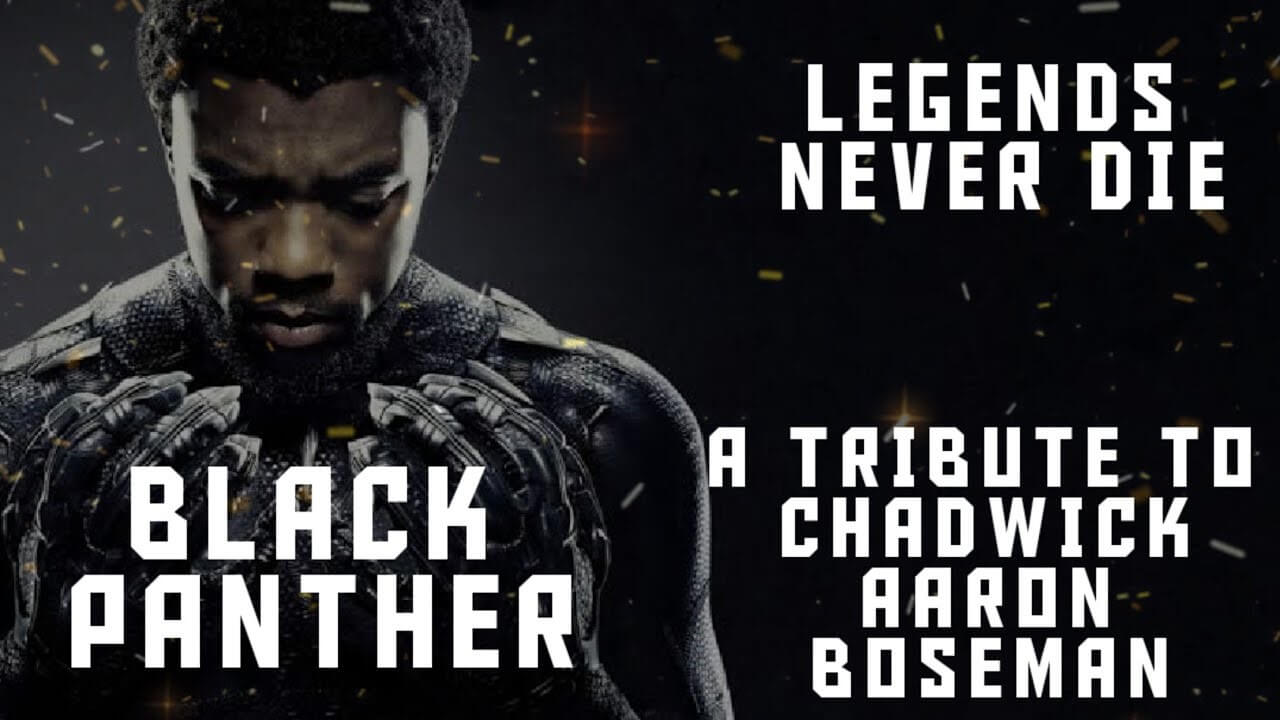 The hues which Chadwick Aaron Boseman (November 29, 1976 – August 28, 2020) has spread in Marvel Cinematic Universe (MCU) are not just extraordinary but reflective too as the myth he adopted for is “truer than the truth itself”. He was an American actor, born and raised in South Carolina, came forward as baseball player Jackie Robinson in the biopic “42” (2013). Later on, he continued to portray historical figures, starring in Get on Up (2014) as singer James Brown and Marshall (2017) as Supreme Court Justice Thurgood Marshall. He appeared in four MCU films, including an eponymous 2018 film that earned him an NAACP Image Award for Outstanding Actor in a Motion Picture and a Screen Actors Guild Award for Outstanding Performance by a Cast in a Motion Picture but Boseman gained international fame for playing superhero Black Panther in the MCU from 2016 to 2019.

Black Panther is a fictional superhero appearing in American comic books published by Marvel Comics. The character was created by writer-editor Stan Lee and writer-artist Jack Kirby, first appearing in Fantastic Four in the Silver Age of Comic Books. Black Panther’s real name is T’Challa, and he is depicted as the king and protector of the fictional African nation of Wakanda. Along with possessing enhanced abilities achieved through ancient Wakanda’s rituals of drinking the essence of the heart-shaped herb, T’Challa also relies on his proficiency in science, rigorous physical training, hand-to-hand combat skills, and access to wealth and advanced technology to combat his enemies.

In the country of Vibranium, a rare and nearly indestructible meteoric ore, after the death of his father at the hands of the villainous Ulysses Klaw, T’Challa claimed the throne as well as the mantle of the Black Panther. Upon becoming the Black Panther, T’Challa’s strength and agility outstretched to near-superhuman level. Hence, after meeting the Fantastic Four, T’Challa decided his powers would be put to best use in the service of all humanity so he flew off to New York, leaving his people behind.

In addition to this, there is a fun fact that this fictional nation of Wakanda is touted in the comic as the only African country that was never colonized though many Europeans wanted to conquer it. Over the years, observers have drawn real-world parallels between Wakanda and Ethiopia, which was a virgin land until it got occupied by Italy in the 1930s. Therefore, in the movie, the strip featured an all-Black cast, something that had never been attempted in mainstream superhero comics.

What makes the Black Panther such a significant figure in American and Black popular culture, is its groundbreaking representation of Blackness as more than a stereotypical and racist trope of inferiority. Over here, we must keep in mind the historical context of the superhero’s first emergence in 1966, against the backdrop of the civil rights and burgeoning Black Power movement.

In this regard, this hero becomes important in many ways because the emergence of a Black superhero marks a racial transformation happening on a political and social level. It is also a strong allegory of the contemporary moment, in which racial tensions in American society have come to the forefront. In the wake of the Black Lives Matter movement and the comments by the president disparaging African nations, Black football players standing up against this type of backdrop and films such as “Get Out” and “Black Panther” have a vivid resonance.

I am a huge admirer of the movie’s powerful and mesmerizing epic mythic truth because Black Panther is like a Red Rose which enchants the viewers with its mind-blowing petals of digital graphics. It tells a story of diaspora and an African pristineness that precedes compromise, corruption, and penetration, revealing a more profound question about African slavery and its aftermath. Taking the premise that all humanity began in Africa, this tale asks the truth of what humanity would be like, if the Europeans had not shown their corrupting instincts.

But unfortunately, this glorified myth faced a sad truthful demise when Boseman died at his home in the Los Angeles area with his wife, Taylor Simone Ledward, and family by his side, at the age of 43. It was a very heart-wrenching moment for his fans as he died due to colon cancer. Yes! You have read it right, Boseman was diagnosed with colon cancer four years ago, his family revealed in a statement. He had never spoken publicly about his diagnosis and the point is that when he filmed Black Panther, he was at stage four nearly.

“A true fighter, Chadwick persevered through it all and brought you many of the films you have come to love so much,” his family said in the statement. “From Marshall to Da 5 Bloods, August Wilson’s Ma Rainey’s Black Bottom and several more — all were filmed during and between countless surgeries and chemotherapy. It was the honor of his career to bring King T’Challa to life in Black Panther.”

His illness was not widely known, and his unexpected death at the height of his career brought an outpouring of tributes on social media from countless figures in the entertainment and political worlds, including Oprah Winfrey, Oscar winners Viola Davis, Octavia Spencer, and Denzel Washington, and former president Barack Obama and first lady Michelle Obama. He will always remain a living legend as his life is the epitome of success and death as a metaphor of motivation for all.