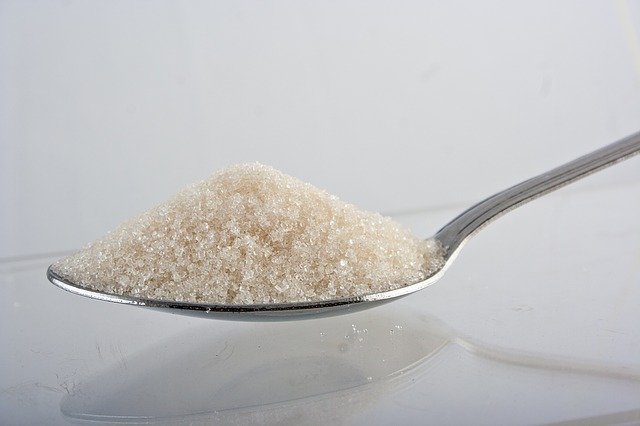 Glucose is a monosaccharide and is the primary metabolite for energy production in the body. Complex carbohydrates are ultimately broken down in the digestive system into glucose and other monosaccharides, such as fructose or galactose, prior to absorption in the small intestine; of note insulin is not required for the uptake of glucose by the intestinal cells. Glucose is transported into the cells by an active, energy-requiring process that involves a specific transport protein and requires a concurrent uptake of sodium ions.

In the blood circulation, the concentration of glucose is tightly regulated by hormones such as insulin, cortisol, and glucagon, which regulate glucose entry into cells and affect various metabolic processes such as glycolysis, gluconeogenesis, and glycogenolysis. Glucose enters cells via facilitated transport, mediated by glucose transporter (GLUT) receptors. These receptors demonstrate tissue specificity; for example, GLUT-4 receptors are present in muscle and adipose tissues and require insulin for glucose transport. GLUT-1 receptors transport glucose across the blood-brain barrier. The rare genetic disease GLUT-1 receptor deficiency manifests with a variety of neurologic deficits such as refractory epilepsy, developmental delay, and dyskinesia.[6]

The main biochemical reaction employing glucose as its substrate is glycolysis, which, used by all tissues for the breakdown of glucose, provides energy in the form of adenosine triphosphate (ATP) and produces intermediates for other metabolic pathways. Since virtually all sugars are ultimately convertible to glucose, glycolysis serves as the hub of carbohydrate metabolism. In cells with mitochondria and an adequate supply of oxygen, pyruvate emerges as the end product of glycolysis via a 10-reaction series known as aerobic glycolysis. Pyruvate is subsequently converted through oxidative decarboxylation into acetyl coenzyme A (acetyl-CoA), the major fuel for the citric acid cycle. Alternatively, glucose undergoes anaerobic glycolysis to form lactate.[6]

Glucose is measured by various enzymatic methods. The hexokinase/glucose-6-phosphate dehydrogenase (G6PD) method developed by the American Association for Clinical Chemistry has been accepted as the reference method for glucose determination. Other methods include the copper reduction method (modified Folin Wu), the o-toluidine method, glucose oxidase assay, and the glucose oxidase and peroxidase (GOD-POD) method.[7, 8]

The hexokinase/G6PD method is described here as it is used most widely. Glucose is phosphorylated by hexokinase in the presence of ATP to form glucose-6-phosphate. The enzyme G6PD converts glucose-6-phosphate into 6-phosphogluconate, with nicotinamide adenine dinucleotide (NAD+) concurrently reduced to NADH. Every micromole of glucose consumed produces one micromole of NADH. Absorbing light at 340 nm, NADH can be identified via spectrophotometric detection of increased absorbance.[5]

In healthy individuals, blood glucose levels are carefully maintained in a narrow range secondary to a complex interplay between several hormones, which act on biochemical reactions such as glycolysis and glycogenolysis. Therefore, variation of blood glucose is often a manifestation of illness, as in the occurrence of hypoglycemia in liver failure. There is also interest in the observation that hyperglycemia may be a pro-inflammatory condition that promotes leukocytosis.[9]

Looking to elucidate a possible link between diabetes and venous thrombosis, a study by van der Toom et al indicated that irregularities in glucose metabolism are associated with increased coagulation factor levels. The investigators reported that compared with study subjects with normal glucose metabolism, individuals with impaired or high fasting glucose or with diabetes mellitus demonstrated greater mean levels of factors VIII, IX, and XI. The differences in these factor levels were largest between persons with high fasting glucose and those with normal glucose metabolism.[10]

For children over age 2 years to adult, the normal reference ranges are as follows[1]:

For elderly patients, the normal reference ranges are as follows[1]:

Elevated glucose levels (hyperglycemia) are most often encountered clinically in the setting of diabetes mellitus, but they may also occur with pancreatic neoplasms, hyperthyroidism, and adrenocortical dysfunction. Decreased glucose levels (hypoglycemia) may result from endogenous or exogenous insulin excess, prolonged starvation, or liver disease.[2]

Values for diabetes mellitus are as follows[3]:

A glucose assay can be performed in human serum, plasma, urine, or cerebrospinal fluid (CSF), as follows:

For fasting glucose testing, collect the blood sample in the morning after an overnight or 8-hour fast

For postprandial glucose testing, collect the blood sample 2 hours after a regular meal

For oral glucose tolerance testing, after oral intake of 75 g of glucose, collect blood samples at 1 hour and 2 hours

For gestational diabetes testing, parameters are 1 hour after 50 g of glucose and 2 hours after 100 g of glucose[5]

Expected values include the following:

Plasma and serum – Refer to the values advised by the American Diabetes Association, as specified at the beginning of this article

CSF – The adult reference range is 40-70 mg/dL, although most clinicians accept that it should be over two thirds of the serum glucose level[5]

Values are sometimes expressed as mmol/L. To convert mg/dL to mmol/L, multiply mg/dL by 0.0555; for reverse conversion, multiply mmol/L by 18.[5] To convert results from grams/day to mmol/day, multiply grams/day by 5.55.

Importance of Nutrition in our Daily Life

Step Forward in This Pandemic to Help Thalassemia Patients