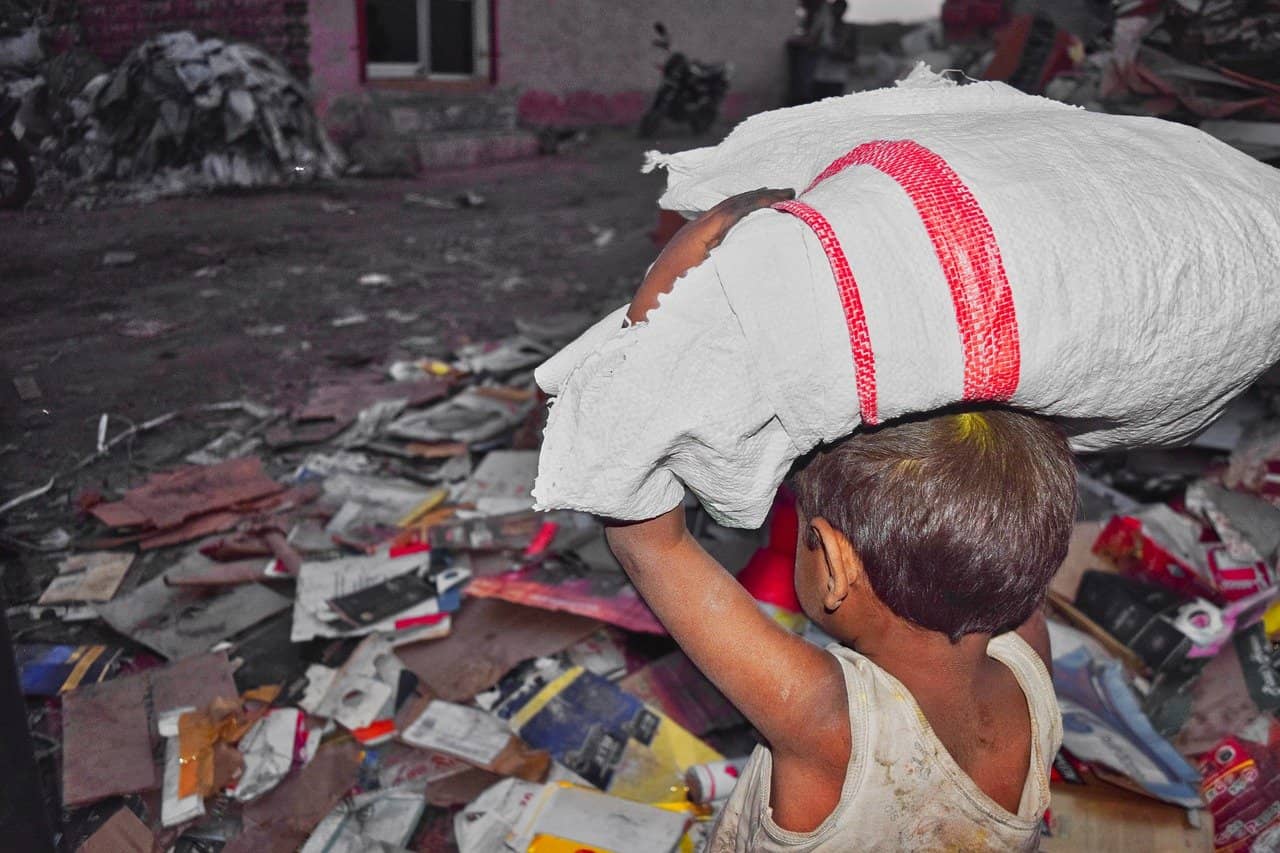 To get the basic concept of IHL, Let’s draw attention to a Legal fact. i.e

“It is restricted to Kill or wound those enemies who have ceased to take parts, such as wounded, shipwrecked and sick combatants, and prisoners of war. “These categories of person are entitled to respect for their lives and their physical and mental integrity. They also enjoy legal guarantees. They must be protected and treated humanely in all circumstances, with no adverse distinction.

More specifically: It is forbidden to kill or wound an enemy who surrenders or is unable to fight; the sick and wounded must be collected and cared for by the party in whose power they find themselves. Medical personnel, supplies, hospitals, and ambulances must all be protected.

The answer to this Question is International Humanitarian Law.

We all have heard the following statement whether in Municipality or International Law, that: “Everyone has the right to freedom of movement and residence within the borders of each State.”

The origin of Such rule Comes from Article 3 of the Universal Declaration of Human Rights. Which is a code of Law laid Down by the United Nations Organization in the form of Human Rights in 1948.

It has inspired a rich body of legally binding international human rights treaties. It continues to be an inspiration to us all whether in addressing injustices, in times of conflicts, in societies suffering repression, and in our efforts towards achieving universal enjoyment of human rights. 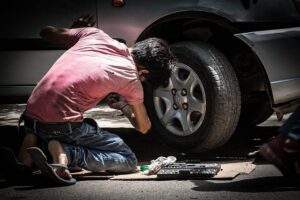 Relationship between IHRL and IHL relating recruitment of Child Soldiers:-

The changing nature of modern warfare has increasingly exposed children, both boys and girls, to direct involvement in armed conflict. Today, with around 250 million children living in situations of armed conflict, protecting children in conflicts is a major challenge for international children’s law and its implementation.

Both IHL and IHRL prohibits the recruitment and use of Children in Militancy through numerous Codes and Conventions.

Protection of children during armed conflict found in two separate but complementary legal regimes: international human rights law and international humanitarian law. These laws take notices of General Legal rights given to Child which are most likely to get infringed in a state of wars.

The recruitment of children is prohibited in several military manuals including those which are applicable in non-international armed conflicts It is also prohibited under the legislation of many States. No official contrary practice was found. Alleged practices of recruiting children have generally been condemned by States and international organizations, for example, in

The analysis of international legal responses to the issue of child soldiers demands an understanding of how the global community defines childhood.

The universalist perception of childhood is founded on three elements.

These three elements define distinct reasons to protect children in a time of peace and armed conflict.

Every person domiciled in Pakistan shall be deemed to have attained his majority when he shall have completed his Age of 18 years and not before.

According to Article 77 Additional Protocol 1:

According to clause (c) of 4 Additional Protocol II:

The second Protocol specifically noted that there is no precise definition of the term ‘child’ in international law.36 IHL has a limited purpose to govern the conduct of parties involved in armed conflict and is not intended to be a children’s rights instrument.

These are oxymoronic kind of Provisions relating to such restrictions in Additional Protocols. The adoption of the Additional Protocols sparked the international legal debate on the issue of child Soldering. However, the Protocols did not put a complete prohibition on the use of children in armed conflict. As summarizes, there are three main limitations of article 77(2) of Protocol I.

Second, the article only prohibits children’s direct participation in hostilities, which limits the type of recruitment covered by the international instrument. While recruited within the military ranks, child soldiers perform a diverse set of functions as sex slaves, cooks, guards, spies, minesweepers, carriers, etc., and are not necessarily directly participating in hostilities. The article’s narrow definition means that these children are deprived of any special protection by this legal instrument.

Feasible measures instead of Necessary:-

Third, the use of the term ‘all feasible measures’ instead of ‘all necessary measures’ limits the pressure on states to undertake preventive measures and/or unconditional obligations.

So These Articles of IHL:

SO these provisions are further laid down by International Human Rights Law to ensure more Legitimacy.

According to Article 38(2) of the 1989 Convention on the Rights of the Child;

States Parties shall take all feasible measures to ensure that persons who have not attained the age of fifteen years do not take a direct part in hostilities.

But there is the following Provision under this Article in the form of Clause 2:

2. African Charter on the Rights and Welfare of the Child:-

Since Child Soldiering has been witnessed in Africa the most so there is another statutory provision mandating restrictions on such Recruitments.

States Parties to the present Charter shall take all necessary measures to ensure that no child shall take a direct part in hostilities.

Article 4(c) of the 2002 Statute of the Special Court for Sierra Leone obviates Restriction on Child Soldiering.

The Special Court shall have the power to prosecute persons who committed the following serious violations of international humanitarian law:

involved in a humanitarian assistance or peacekeeping mission in accordance with the Charter of the United Nations, as long as they are entitled to the protection given to civilians or civilian objects under the international law of armed conflict;

Article 8 of this statute which is related to war crimes state that:

Relation between IHRL and IHL in context of Child Soldiers:- 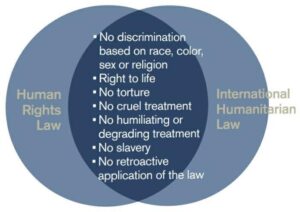 By studying the provisions of both we have reached several conclusions which are following.

There are inconsistencies between the two international legal instruments which have fractured the concept of Child Soldiering. These both are like 2 competing frameworks of Law.

2. Incomplete Prohibition on Recruitment of Child in Armed Conflicts in IHL:-

These are oxymoronic kind of Provisions relating to such restrictions in Additional Protocols. The adoption of the Additional Protocols sparked the international legal debate on the issue of child Soldering. However, the Protocols did not put a complete prohibition on the use of children in armed conflict. As summarizes, there are three main limitations of article 77(2) of Protocol I.

Second, the article only prohibits children’s direct participation in hostilities, which limits the type of recruitment covered by the international instrument. While recruited within the military ranks, child soldiers perform a diverse set of functions as

5. Feasible measures instead of Necessary:-

Third, the use of the term ‘all feasible measures’ instead of ‘all necessary measures’ limits the pressure on states to undertake preventive measures and/or  unconditional obligations.

6.  IHL as Initial Legal Restriction on recruitment of Child in Armed Conflict:-

The narrow definition of child soldiers neither settled the question of the age limit of those who are to be protected nor introduced a complete ban of the practice. So it was International Human rights Law that addressed the issue and offered quite different definitions, resulting in the Complete unambiguous Provisions regarding Child Soldiering.

7.  Continuance of IHL debate by IHRL:-

The development of legal instruments in the field of International Human Rights Law has led to continued debate on the definition of childhood and the determination of the scope of protection and has furthered the idea that obligations towards children involved in armed conflict extend beyond merely refraining and preventing their recruitment in the armed forces or armed opposition groups.

Article 38 of Conventions on Rights of Children simply reiterates the need ‘to ensure respect for rules of international humanitarian law applicable to them in armed conflicts which are relevant to the child.

Moreover, article 38 employed the term ‘person’ instead of ‘child’, which means that this human rights instrument defines a ‘15-year age minimum for child soldiers while in all other respects the CRC’s general definitions of a child are any person below the age of 18.

Although the Rome statute adopted the International Humanitarian Law definitions regarding Child Soldiering it has introduced the term “Active Participation in Hostilities”. Which has also cleared the Ambiguities in the activities like scouting sabotage, Spying, etc.

The statute uses the term “Individual Responsibility” which ends the difference between International and municipal Conflicts.

A question arises during the adjudication of Recruitment of Child in Armed conflicts that:

How does the law deal with the crimes committed by children participants in times of armed conflict ?

International criminal law adopts a perception of children as victims,

The Optional Protocol succeeded in amending and enhancing the legal definition of a child soldier by raising the age limit of forced recruitment for direct participation in hostilities to 18 and was perceived within the international community as a step forward on the road to stop children’s involvement in armed conflict.

To Conclude we may say that in situations of armed conflicts, IHL acts as a subset of IHRL. It gives the initial contents and Legal Frameworks to IHRL. The general principle is that a law governing a specific subject matter (lex specialis) overrides a law which only governs general matters

For example, the ICJ Advisory Opinion on the Legal Consequences of the Construction of a Wall in the Occupied Palestinian Territory considers three possible situations in which IHL and IHRL might interact: (i) some rights may be exclusively matters of IHL:

So, being put at a legal crossroads, the phenomenon of children’s involvement in armed conflict requires cooperation between both IHL and IHRL.

These two legal instruments differ in terms of the legal protection for children who were so-called voluntarily recruited into the armed forces and those who perform military supportive roles (ie do not participate directly in hostilities).