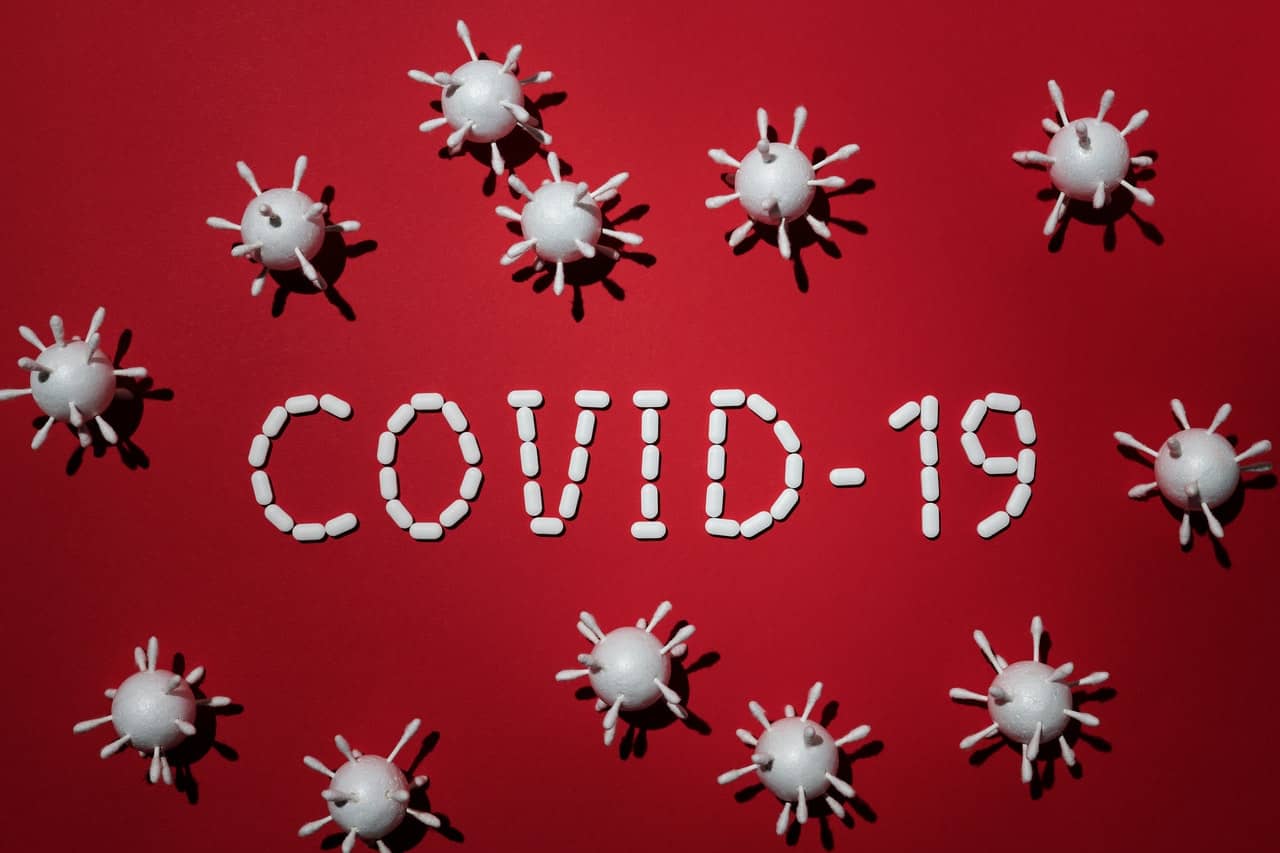 Corona virus emerged in Chinese city of Wuhan on September 2019. Communist Government of China haven’t taken any strict action against this deadly virus which later on left China with regret (but somehow China controls this Virus within its state), the whole world got infected through this deadly virus which caused hundred thousand of deaths all over the world. Majority of people were from Europe and United States of America (the country who won battle of ideology in the end of twentieth century from USSR, battle was based on theory of Capitalism and Communism). As many of Experts are of the opinion things are leading towards another cold war between America (Capitalist Country), China (Communist Country).

First Cold War between USA and USSR gives world a gift named Terrorism; Pakistan is still paying for its actions. There are many types of terror like Economic Terror, Educational Terror, Religious Terror, Political Terror and Biological Terror. If the things are leading towards another Cold War then Corona will be playing the role of Biological Weapon it is still unclear to the whole world that this virus is invented or it’s a thing of Nature. Many things during this Pandemic situation lead towards many symptoms that this virus is being invented but by which country. However, this Virus infected Capitalist countries the most and they are still suffering with this deadly virus. In interview, I came to know that Communist countries are infected but their Media is not allowed to show the things everything is strictly under control.

We can see face of Terror have changed now world is more afraid of this virus more than terrorism. Many Terrorist groups are confused during this Pandemic about their Ideology, Terrorist groups are facing several problems including shortage of Funds through different countries who play proxy wars by helping terrorists.

Era of this deadly virus started in September and infected almost 177 countries and caused a huge economic damage to all over the world. Covid-19 is a kind of weapon from which no country can save itself. Even a country with most powerful defensive system (America), is surviving badly under this deadly virus. This virus shows us what was the real need of making more and more powerful weapons of one state against terrorists of another state for example, in first cold war USSR declares Mujahedeen Terrorists America use them as force. Mujahedeen after the cold war ends start calling them Mujahedeen but USA declared them Terrorists.

A group of people with guns in their hands is not terrorists until unless this group is useful to powerful countries in the world. Second face of Terrorism is Called Dirty Politics. It is not necessary those who are religious extremists are terrorists. When any ideology or country started to prove itself or its theory right to implement all over the world this thing will also give birth to Terrorism in different ways. In the end of cold war when USA won the war USSR step itself back from this war. America won to prove its ideology is right but this gave birth to many extremist groups.

Now the world is moving towards another cold war with a gift of COVID- 19, a Biological weapon or natural disease, world is confused but here are some points which will give you sign this can be the new face of terrorism because just after this Pandemic is over all world will focus on its health system incident of 9/11 and the main focus on terrorism will go blur in history. Covid-19 can lead world towards another direction. These are few important Aims and Objectives of my research paper as given next.

Ebola virus was discovered in 1976 in African countries and was controlled by African countries and luckily no other countries were infected through this virus except few of African countries. If under developing countries like current Republic of Congo can control life taking disease why not china? This virus infected heavily only limited area of china but infected almost all the world badly. Experts were of the opinion that world is going towards another cold war if the world is on the edge of Cold war, then COVID-19 is the most powerful weapon till now.

In the start world boycotted china from trade, travelling and every mean America impose high restrictions on china but with the passage of time China recovers itself from this deadly virus and the whole world is boycotting almost every country except china. China seems to be last hope for world as America is still heavily infected by this virus. World is not paying attention to terrorist groups anymore as, before the virus, main object of world was terrorist groups some countries were supporting some groups and some were against the same groups.

America violates sovereignty of any under developing country to counter terrorism. Now world seems not much afraid from terrorist groups world is afraid of Biological Terrorism, Economical Terrorism   which emerged due to this deadly virus and China seems to be only country which can help under-developing or even developed countries to counter this kind of terrorism. We can see how in current situation of COVID-19 China replaced the status of America. In the start, world is against China but now World is looking at China as Hope Light.

After this deadly virus ends, world will not remain same as it is before. Terrorism will not be the major issue for world anymore. All the countries will focus on their economic growth and health system. Especially under developing countries will get a lot of benefit there is a hope that many proxies and terrorist wars will go to end after this pandemic is over. In experts view, there is possibility of peace and world will come up on one forum of economic growth china maybe the most powerful Country after this pandemic is over and will lead the world economy.

Talking about under developing countries are going through different kind of economic terror as many of businessmen are getting illegal benefits under this pandemic situation especially Medical departments. One mask which was of 70 rupees went up to 400 rupees, stocking sugar to high its price and now petrol are some major issue especially in Pakistan. This virus also reveals the truth that terror can be done without gun many people around us are terrorists. It helps us to identify them. We can look at the price of chicken also and its shortage. My own brother was discussing to stock masks for good benefit. Economy of China is the only economy which gets benefit due to this pandemic even the America was unable to maintain its economic status but China was getting Positive points through this deadly virus. 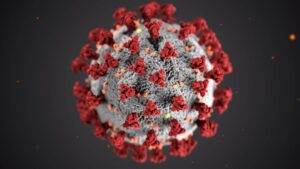 This virus reveals the truth of what is real danger to world. It tells us who is the real terrorist not only those who use illegal weapons are terrorists, it gives world a signal of unity it tells world all you need is to be unite for humanity the whole world is on one forum to solve this issue. It also leads countries towards nationalism, there is no such international pressure on under-developing countries all countries are helping all countries.

Experts are saying that cold war is started between china and America. If COVID-19 is a kind of biological weapon then the world needs to prepare itself for other biological weapons after this pandemic is over. Now terrorism will change its face it will be a medicated terrorism which can be more dangerous than other terrorism. This thing also leads towards the theory of Realism if biological guns are used in this cold war only the fittest and those who support fittest will survive this war. This can take millions of lives without firing a single bullet. Economic war will also go at its peak, economic terror will also take place in different countries and will affect under-developing countries the most.

This virus proves that world needs to unite otherwise it will collapse. No country can survive without the help of other countries. Countries should promote local industry. China maybe the world next economic leader. It is still unclear that which country invented this virus but it is clear to understand China is getting most benefit from it. Before this pandemic, China was using always defensive policy but now in LADAKH China is taking attacking position towards India.

No powerful country like America is interfering in this matter. China seems to solve this matter by itself. World will not remain the same after this Pandemic is over. Main focus of world will change from terror towards Health and Economy. It is clear economy grows from inside and fall from inside there is need to counter those elements who were causing economic terror.

After this research essay, I came up with a conclusion that Pakistan have to overcome its past mistakes. If there is cold war, Pakistan will take actions which will promote its Economy. Covid-19 gives Pakistan a new way towards economic progress. World will turn its face from Terrorism. If Pakistan wants to recover its economic health, it should take strict action against those elements which are causing economic terror in country.

After this pandemic is over, Pakistan should promote its exports as there will be no such international pressure after this pandemic and will cut of itself from terrorism. Pakistan have to stay neutral and start good relations with other countries.

If another cold war took place its consequences will be more dangerous than first cold war maybe other biological weapons used by countries will give a huge loss to human life. This can also lead world towards direct war which may destroy the whole world and if it happens its consequences will last for forever. So, countries should play their role to stop this cold war otherwise all the world have to pay for it.

What should be the US policy regarding the Middle East?

The conflict between IHL and IHRL in the context of Child Laboring.