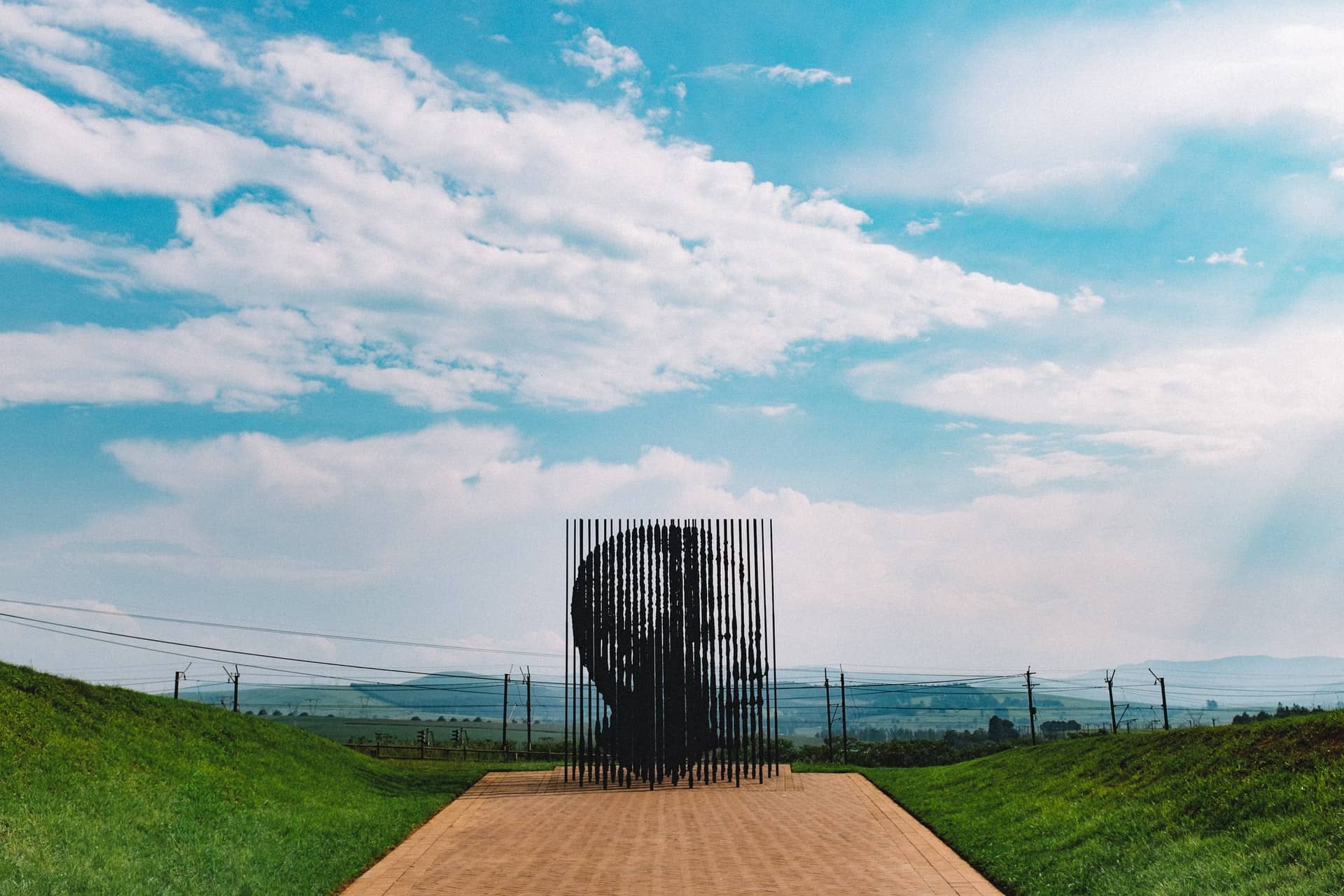 Leadership is quality itself and collectively a set of different sub qualities. Not every great leader around the globe had each of those sub qualities but had a balance of them and used to be strong in one or twice of them. In the previous blog, we studied and understood the life of Jack Ma (His failures and success) and concluded it as crux that “Failure is not a thing that you should be embarrassed about, instead it paves the way of ultimate and consequential success”. We learned from the perseverance and patience of Jack Ma whose first three decades of life only depicted a pitiful picture of trying failing trying again failing again then trying again and failing again.

Today in this article we are going to study and understand another vital and highly essential aspect of leadership and that too from the life of one of the Highly acknowledged World leaders, Nelson Mandela. 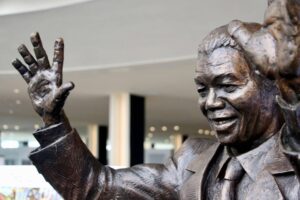 Nelson Rolihlahla Mandela, a name that doesn’t need any introduction was and is a beacon of light of hope for the people who are striving to get freedom from injustice and discrimination, his life is like a sacred Holy book for them to read and take lessons from. He suffered detention for about 28 years of his life just for one cause and arguably that was the period of his life that made him a leader, yes, he became a leader in prison. In this article, we are going to emphasize the leadership aspect of his unparalleled journey and elicit out the crux of it.

But before moving on let’s first know who Mandela was, Rolihlahla Mandela was born to the Madiba faction in the town of Mvezo on 18 July 1918. In 1930, when he was 12 years of age, his dad kicked the bucket and the youthful Rolihlahla turned into a ward of Jongintaba. Mandela began his studies for a Bachelor of Arts degree at the University of Fort Hare but did not complete the degree there as he was expelled for joining in a student protest. Mandela joined the African National Congress in 1944 when he helped to form the ANC Youth League. Mandela rose through the ranks of the ANCYL and its efforts, the ANC adopted a more radical mass-based policy, in 1949 (Read, 2010).

The country at that time was being ruled by the apartheid party (Afrikaners), Under their regime, South Africa was facing the most agonizing part of its history, the scorching heat of discrimination on the base of colors held the horizon backed up by the ruling party at that time (the Dutch origin whites who migrated to Africa and then conquered it as a colony) adding fuel to fire they introduced such laws which violated even the basic human rights of the South Africans. Mandela’s struggle was all about getting South Africa free from this havoc of injustice.

articles and books I have decided to gauge the leadership characteristics of Mandela on three strata and what different critics around the world have to say about his leadership, which are as follows

These three factors might not be able to completely cover the whole leadership characteristics of an individual but certainly, they are going to cover the major aspects and we can elicit the crux of one’s leadership from them.

Personal Leadership (Leadership of Self). This is about demonstrating authenticity, deep self-knowledge, and sound personal values—the source of one’s ability to persuade. Willie Pietersen says:

“Mastery of self was probably the most remarkable aspect of Mandela’s leadership. Instead of simply languishing in prison, he used the time to think deeply and muster his inner strength. He studied, contemplated his future course and the future course of his nation, and clarified his vision for South Africa.” 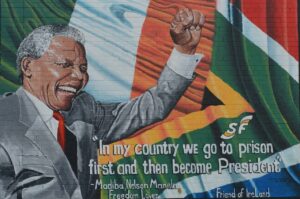 Detained in a cell Mandela had ample time to contemplate the situation he was undergoing, instead of wasting his time and energy on useless things, he practiced personal growth skills and read life-changing books including Shakespeare Writings which profoundly molded his way of perceiving things and eventually, that was the time that really made him a LEADER.

Initially, Mandela himself supported the weaponized war but as the political situation evolved his thoughts about it changed, and then he foresighted the violent and devastating situation that could have arisen as a consequence of a weaponized war. But how do you persuade such diverse groups to let go of their deep-seated fears and resentments and pursue a common purpose? Simple exhortation would be not enough. Mandela evolved himself from inside and outside before evolving others, inspiring by Gandhi’s words” Be the change you seek”.

Mandela is renowned to exhibit the capability of being a hero, stimulate others, motivate others, and having Charisma. Having individualized consideration, he appealed to everyone. For Instance, he remembered others’ names consequently spreading energy and warmth to everyone. The leadership style of Nelson Mandela is accredited for converting the ordinary person into an exceptional individual. Under the influence of intellectual stimulation, Mandela proved to be groundbreaking and inspired.

He possessed exceptional communicational skills, believing and making others believe. In this regard. Willie Pietersen says Mandela’s relational adequacy originated from his dominance of self, combined with his significant sympathy—the capability to watch the world through the eyes of others. As Stephen King stated, “You need to begin by realizing yourself so well that you start to know other individuals. A bit of us is in each individual we meet”.

I believe that the way Mandela cop with the difficulties related to interpersonal leadership was quite exemplary. His views changed after being released, which made his companions suspicious of his credibility but the way he convinced them and then effectively led not only Africans but also the whites towards the glory of fair treatment and no discrimination is incontrovertible proof of his interpersonal leadership.

Around the globe we have seen leaders, but whom they lead? their own people, but Mandela has exhibited a unique factor here, initially, he only talked about the liberty of the blacks from the whites but then he changed his leadership motto and that proved to be the turning part of his whole strive, Mandela studied Afrikaans history and learned their language.

He used to talk to his jailor and negation counterparts in their language and that too with utter respect. He took interest in their natural sport Rugby and used to discuss the nuisance of the game with them. As Mandela stated,” If you talk to a man in the language he understands, that goes to his head, If you talk to him in his own language, that goes to his heart”. That way not only Mandela became a leader of his own people but also the Afrikaners began to look high for him.

That way not only Mandela became a leader of his own people but also the Afrikaners began to look high for him.

Although being human there are also some negative aspects of Mandela’s Leadership as well, some mistakes he made, but I have deliberately omitted them because they are not worth mentioning in contrast to what he did right.

What to take from Mandela’s Leadership?

The world has witnessed great leaders, no doubt all of them possessed great leadership characteristics, but what I conclude as the crux of Mandela’s leadership is his transitional nature, as the situation around Mandela changed he didn’t stick to old policies and practices and quickly adopted according to the new situation and that’s what Darwin says” In this world only that being survives who adopts the quickest”. History is full of people who stuck to their rigid outdated strategies and now they are only remembered as utter failures. 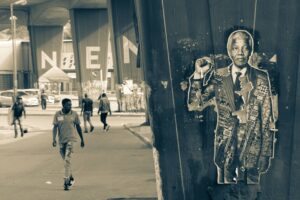 How to develop the trait?

The best tip that I can give you to develop this trait is that find a suitable time slot for yourself where you’ll find yourself in complete solitude and internal calmness, start to ponder about your daily routine right from the moment you wake up in the morning till the moment you sleep at night, figure out the daily habits and activities of yourself which are not useful or fruitful for you anymore, imagine a dustbin and throw them into it and never practice them again because we don’t use things once we put them in a dustbin. I hope by learning this technique and under the influence of this article, we’ll adopt the quality of Beneficial transitions.